Working at Sales Empowerment Group allows you to advance your sales career at a faster pace than other companies. We match your talents, your passion and skillsets with exciting companies that want to accelerate your career path. Over 75% of SEG’s employees get promoted at the 12-month mark.

Work hard, drive results and get hired away. 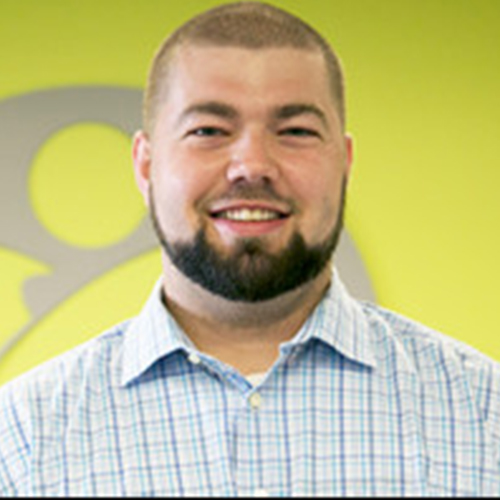 How long were you with SEG?

Almost 1 year. Then I was hired on by my client.

What are you doing now?

I was a BDR for my client for the last year and now I’m moving into an Agency Sales Role. It’s a spinoff we’re doing for voluntary benefits. We’re building the plane as we fly it. It’s going to be fun.

What was your background before starting with SEG (i.e. – graduate or working for another company)?

I had a job right out of college. However, when the Trump administration took over, it was rough sailing for the first month and they ended up laying off 6 groups of people. I was one of them. That’s when I came over to SEG.

What impressed you most about SEG’s program (i.e. – the people, training, management, your client)?

Just the fact that it got me out there and I was able to network with other sales professionals. Working with a certain company, getting to know the industry, the market, and the people within that market, you become a sort of expert. You get to learn the industry you are in. That’s what really excited me about it.

Talk about the community that you built with your teammates and other teams on the floor.

Everyone at SUG knows how it goes. Sales can become a cutthroat industry. Having the people that are there, your friends, etc. They become more of a tight knit family. My team was 13-14 people at one point.  A lot of those people I still talk to on a repeated basis. They become more family than friends. On the floor there’s more of a comradery.  It’s sales so it’s still competitive but it’s more a friendly competition.

How did SEG’s program help you with your current position?

When my client created their own BDR team I was able to pioneer the whole BDR team here. I was able to take my skills from SEG and apply them directly to the job that I’m doing now. The industry is such a rock and roll rollercoaster – it’s up and down on a daily basis. It’s tough to handle sometimes. It prepared me for the long run. You never know when you’re going to have a hot or cold month. My first three months I set 70 meetings at SEG. It prepares you for the rollercoaster and the hard work. It prepares you for the future.

Please tell me the number one story that sticks in your head from your time at SEG.

I had my first “Closed Won.” I had a meeting that ended up closing about a year after I set the meeting. I took the meeting back in Sept 2017 and it officially closed in Aug 2018. It took a whole year for it to close. The entire time I was wondering if one of my deals was ever going to close and how long it would take. When my first one closed, I realized that the work we put in is useful and fruitful.  We actually matter as BDRs. It’s sometimes easy to get lost and think “how much am I really impacting the business? And how much am I really cared about”. Once I saw that people remembered my name because of my outreach, I was shocked. That was cool and it stuck out to me because I realized my job mattered.

SEG clients have helped us earn a place on the Inc. 5000 five years in a row.